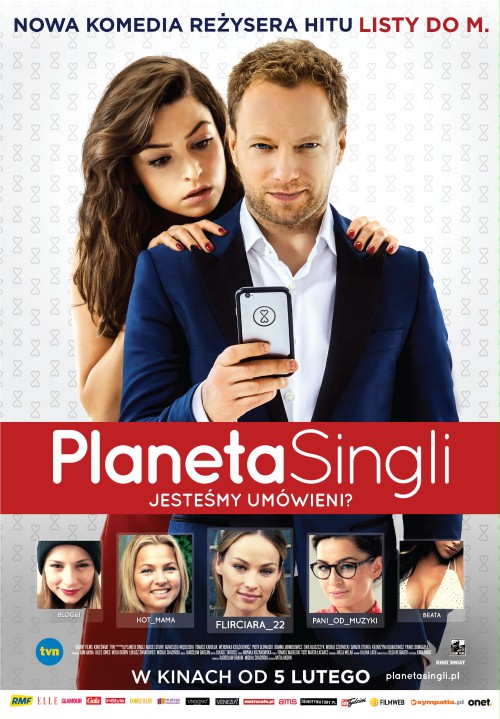 Everyone knows what they can expect from a movie classified as a romantic comedy. The subject matter is love, there's a bit of comedy, a bit of melodrama, some humour, witty dialogues and a rousing couple as the main characters. Movies like this have as many supporters as they do bitter opponents.

Romantic comedies were very popular in the 30s and 50s last century. It is worth mentioning some classics of the genre: "The shop around the corner" by Ernest Lubitsch, "Mr. Deeds goes to town" by Frank Capra, and "Love in the afternoon" by Billy Wilder. Following this, the development of heavy movies meant that romantic offerings had to take a back seat. When people had had enough of cheeky thieves, special agents and good and bad cops, filmmakers once again reached out for the old patterns. In the 90s we could see "You've Got Mail", "Four Weddings and a Funeral", "Pretty Woman" and my favourite, "Nothing Hill".

The screenplays in romantic comedies have always been the same. The fates of the main characters interweave quite by chance. At the beginning they can't stand one another. She is gushing, he is coarse-grained, and there isn't any common ground. At last it becomes clear that they are meant for each other and we have "they live happily ever after". Despite the predictability, the romantic comedy has its supporters. Often we watch movies to see our favourites actors. Meg Rayan, Tom Hanks, Hugh Grant, Julia Roberts and Jennifer Aniston have played in many films, but we like them most for their roles in romantic productions.

A lot of excellent Polish movies belong to the genre of romantic comedy. Recently, I have watched the great Planet of the Singles by Mitia Okorn. Auteurs don't preach to the converted and don't try to make us believe that they devised the romantic comedy. Embracing typical motifs: belief in destiny, exposure and gestation of affection, they take us gracefully to a planet of love: romantic, sad, faithful, toxic, stormy, crazy, but much needed for everybody (even though not everybody wants to admit this).

Ania (Agnieszka Więdłocha) a music teacher at a primary school in Warsaw meets Tomek (Maciej Stuhr), an overconfident person who is known for starring in a TV show. The first meeting, predictably, is an epic fail. During the second one, they come to an understanding. She will go on dates with men she meets online, and then he, based on her stories, will make more episodes of the show. The agreement is almost perfect – she can look for love, he has a ready subject for the show. I wrote "almost" because among the different men she meets there is somebody she totally doesn't want to screw around with.

Will this somebody be her one and only; you will see by watching the movie.

An undisputed plus of "Planet of the Singles' is the perfectly matched couples, such as Agnieszka Więdłocha and Maciej Stuhr, or Weronika Książkiewicz and Tomasz Karolak, between whom emotions spark. The characters created by Piotr Głowacki and played by Ewa Błaszczyk and Danuta Stenka are also memorable.

Aficionados of romantic comedies will not need to be persuaded to watch "Planet of the Singles". The rest of you might be convinced by the galaxy of Polish actors, their excellent acting and funny imaginative dialogues and great music. Watching "Planet of the Singles" you can cry with emotion and with laughter as well.