“Stories for Boys Who Dare to Be Different” Ben Brooks 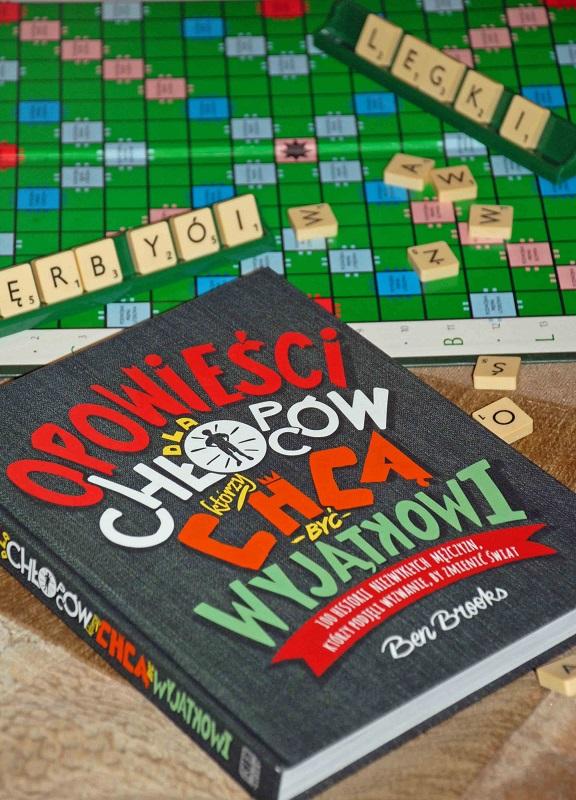 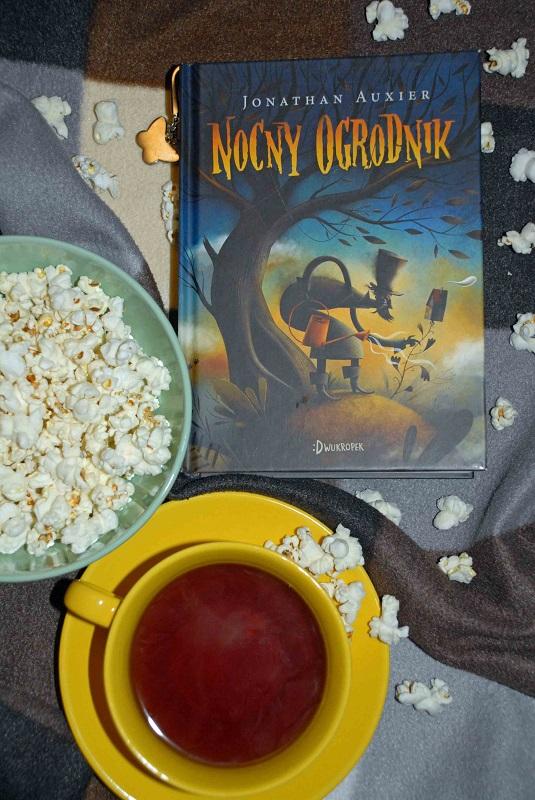 Going into my daughter's room is like entering a fantastically well-stocked library. She received such a large number of books for Christmas, her birthday and Saint Nicholas' Day that I hoped they would last at least until the spring. I was so naïve

. Despite the fact that some of her beloved books really don't appeal to me, when I go into her room and poke around I always find something for myself.

When I recently, encouraged by the sombre cover, reached for "The Night Gardener" by Jonathan's Auxier my daughter, with a twinkle in her eye, warned me: "Remember, it's my book!" Now I know why she guards it so jealously. It is for sure the best book for teenagers that I have read recently. I can say that everyone, both younger and older readers, will find something of value.

With few exceptions plants, especially trees, are viewed positively. "The Night Gardener" is all about a tree which has dark associations from the beginning. Some orphaned kids go to work for a family in an old property in Windsor. The house, the neighbourhood, and the residents of the house give us the shivers and the reader's first reaction is the desire to scream at the main characters: "Turn tail!" After this we impatiently turn the pages to find out about the characters' fates. The pervasive terror and mystery wrap their tentacles around the new residents. The property, surrounded by a forest with the mysterious name "The Sour Woods", is both a shelter for the homeless siblings and also a mortal danger. It turns out that the tree grants people their biggest desires. It might seem like a dream come true. However, just like in real life, nothing is for free. The dark and forceful character of the Night Gardener heightens the horror.

Girls have the power: “The Gutsy Girl. Escapades for Your Life of Epic Adventure” by Carolina Paul 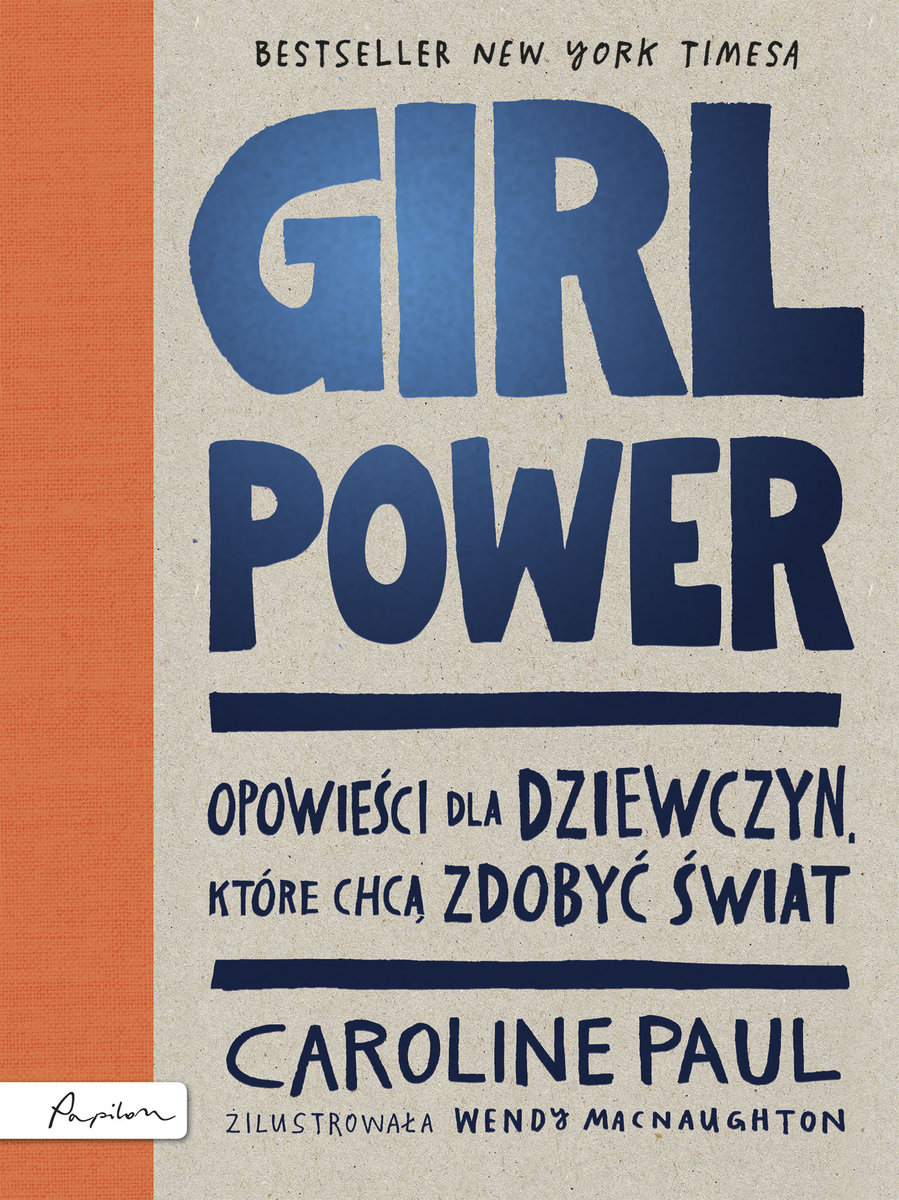 I usually don't idealise women, praising them as stronger, cleverer and more empathetic – put simply: the best. I often think about implementing equality in every part of life. In my opinion, regardless of our gender, we should find our place. Preparing lists in which half of the population must be considered the weaker sex, regardless of wishes, qualifications or abilities is a mistake. We can find careers or fields of life where women are better and others where men are better. Of course, I'm an oponent of discrimination; I disagree that women in the same positions should earn less money than men just because of their gender. I don't like it when employers look at young female candidates through the prism of setting up a family and motherhood.

But the truth is that social conditions mean that many women perceive themselves as weaker and worse at coping in difficult situations. Nevertheless, it is the 21st century; we have space technology and we use mobile phones to do things that a few years ago we didn't even dream of. Many woman need to be convinced that we are capable, we can do anything. In every person there is power, we just need to extract it.

That's why I read the book "The Gutsy Girl. Escapades for Your Life of Epic Adventure" by Carolina Paul. You can find there a life full of adventures and stories to freeze the blood in your veins, but also inspiration, challenges and a load of information about remarkable women. This book teaches us to overcome our own weaknesses and fears, taking on challenges and building confidence – even though some of the stories are in my opinion a bit controversial. The main character and also the author of this book was shy and apprehensive as a child, and it was very difficult to convince her to accept many challenges. Now as an adult woman she wants to make up for the shortcomings of her childhood, so she flies a plane, becomes a firefighter, flies a paraglider and climbs mountains. She achieved it all by breaking her own barriers, taming her fears, learning new things, fostering self-confidence and self-esteem. 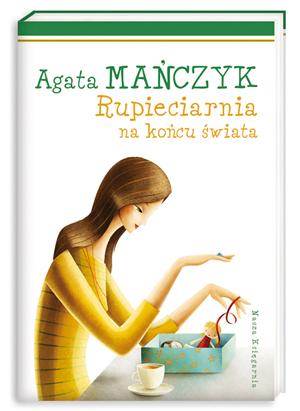 Have you come across such well-written books which completely pull you in, which you can't tear yourself away from, and if you somehow manage to put them down, they draw you back like a magnet? They tell you about some mystery, which invades our thoughts, not allowing us to concentrate. We have to turn the next page, even though another night hour has passed.

My daughter definitely reads the most in our family and her bookcase, especially on holiday, is the best stocked. Sometimes I borrow the most interesting books from her, and sometimes I buy books which I will gladly read myself on the pretext of providing my daughter with books. This time my daughter borrowed quite a lot of books from our friendly library. Among the many interesting choices I found the book "Lumber room, in the middle of nowhere" by Agata Mańczyk. I began to read and I lost myself completely.

Though it is a novel for young people, I found in it everything that I like in novels: well defined, colourful characters, fast-flowing action and an engaging mystery. It is good that the book is a little over 500 pages long, because otherwise there would be so many more stolen moments.

We meet the main character at a disruptive moment of her life. Her parents' divorce turns the well-organised world of sixteen-year-old Maryla upside down. She must move from Warsaw to the tiny town of Tomaszów, leaving behind what is important for her: friends, love and school. Hope for a positive beginning in the new place bursts like a soap bubble after a meeting with her grandmother and great-grandmother. It turns out that even though they don't know Maryla, they truly hate her. For a teenager, who never liked to stand out, starting a new school isn't easy. But the most irritating thing is it seems that everybody in the town knows the dark mystery of the teenager's family.