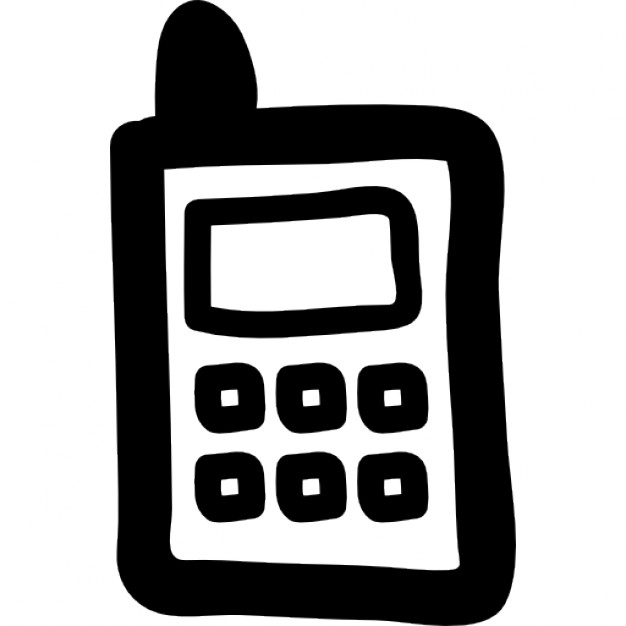 The mobile phone. A few years ago it was as big as a brick with a battery like a suitcase and available only for rich people. Now – everyone has one and its functionality has gone way beyond simply calling and sending text messages. It is a gadget without which most of us can't imagine everyday life.

Without a doubt the mobile phone is useful. As a mum I really appreciate being able to get through to my daughter when she is out, provided she hears the ringtone and doesn't have her phone on silent. Thanks to her phone, my daughter keeps in touch with people overseas , which probably wouldn't happen if she didn't have a mobile.

Due to the modern mobile phone, we needn't carry a lot of devices. We have everything in one thing: a phone, computer, camera, watch and the Internet – a window on the world. During difficult moments the mobile phone saves parents' skin and their nerves when they can show a bored child a movie or distract them from a stressful situation. It is impossible to deny the fact that mobile phones have multiple advantages.

I would like to look at mobile phones from another angle. Please remind yourselves what you used to do in your free time with your friends. Boys used to play ball everywhere they could and even in places where it was forbidden. And girls? Most of all we used to talk. In cafés, at home, at school – we constantly talked about everything. The way between home and school took forever. When we got back home we needed to call a friend to share up-to-the-minute reflections. And now - do girls' meetings look like the same? What do the youth of today do during their breaks?

Scene one: Three friends from one class enter a cafe. They order, sit down and wait for their order. At once they take out their mobile phones and start to click. For 15 minutes they don't exchange any words.

Scene two: The school year is almost over. A conversation between mother and teenage daughter: "Do your friends have any plans for the holiday?" "I don't know, we didn't talk."

The curtain comes down.

Breaks at school look the same. Teachers expend much energy forbidding and taking mobiles away, but they are doomed to failure.

The mobile phone, which makes things easier, equally leads to a gradual degradation of the social life of young people. The newest apps are more attractive than friends. Text messages, and emoticons that deprive them of the skill of verbalizing thoughts in different ways. Soon young people won't be able to build even simple, coherent sentences.

I wonder if we worsen this process by buying the next more sophisticated mobile phones overloaded with apps and games. Maybe the phone should return to being a communication tool only. Maybe then out of boredom the youth will start to talk again?

It isn't workable, I know, but dreaming about it is nice. The world is spinning and we can't stop it. In my opinion, starving young people of mobile phones is a social death sentence. We don't want this. We, as parents, have to keep our finger on the pulse, and not allow a situation where our children's only friends are from social networks. I appreciate moments without a phone. My daughter attends a sports camp where mobile phones are forbidden. The children may take board games, sports equipment and books, but electronics stay at home. The preceptors have contact with children at certain designated hours, and every day the campers wait for traditional letters brought by the postman.

And reportedly it is possible to live without a phone ... at least for two weeks