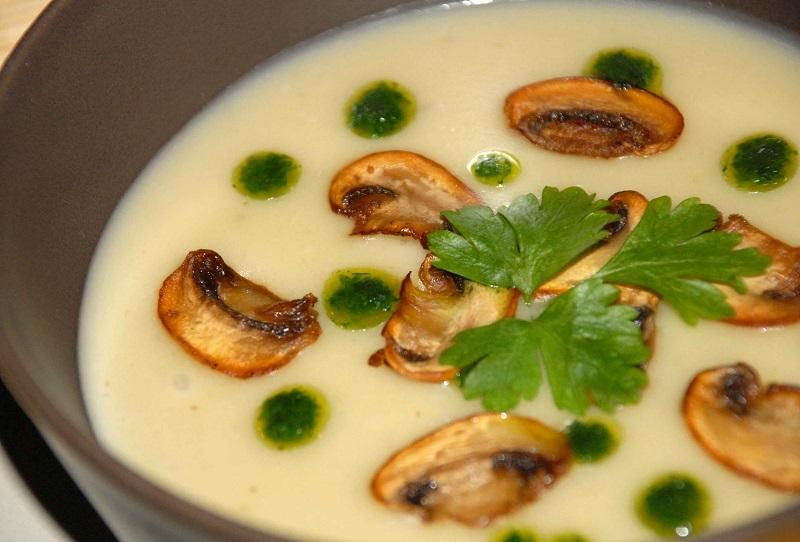 Jerusalem artichoke, also called sunchoke or earth apple, has been known in Poland since the first half of the XVIII century. It is a vegetable especially recommended for diabetics because it reduces the amount of blood glucose. Those who would like to lose weight should also reach for it. Jerusalem artichoke contains a lot of potassium so it reduces blood pressure, and inulin which reduces high cholesterol.

I have looked suspiciously at the packaging of Jerusalem artichoke a few times. Only the soup I ate in a Warsaw restaurant convinced me to buy it. I prepared my own version of cream of Jerusalem artichoke. I found the recipe at www.zakochanewzupach.pl. However, I used my own spices. I served this soup with mushroom crisps and parsley olive oil. It was really excellent. 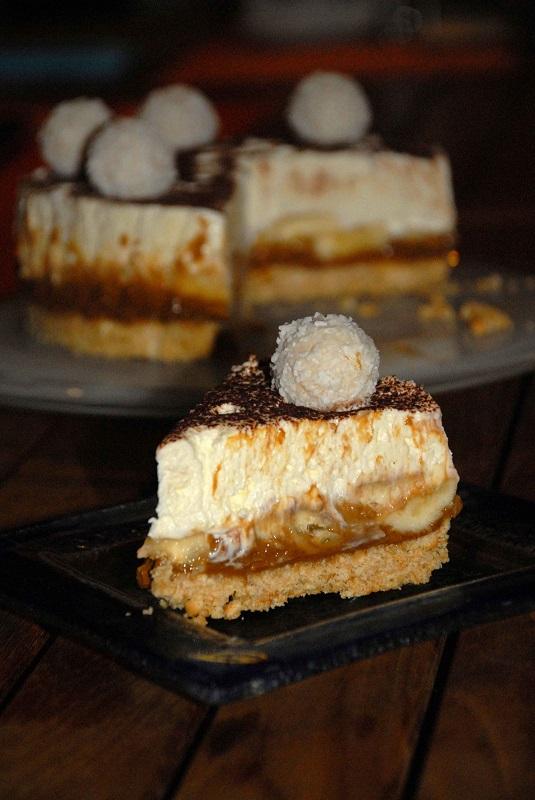 This year, mischievous nature tried to upset my daughter's birthday plans. Spending your birthday in bed with a thermometer isn't an excellent idea ¬– even for an adult. For a teenager it is a drama comparable to cancelled holidays. My daughter told me that you are thirteen only once. And she was right. Literally and figuratively.

I wanted to sugar the pill for her on this day and cheer her up for a bit, so I prepared a caramel cake with bananas – banoffee in the form of a small birthday cake. My sweet magic and the dinner from her favourite restaurant worked, and in the end her birthday was quite nice.