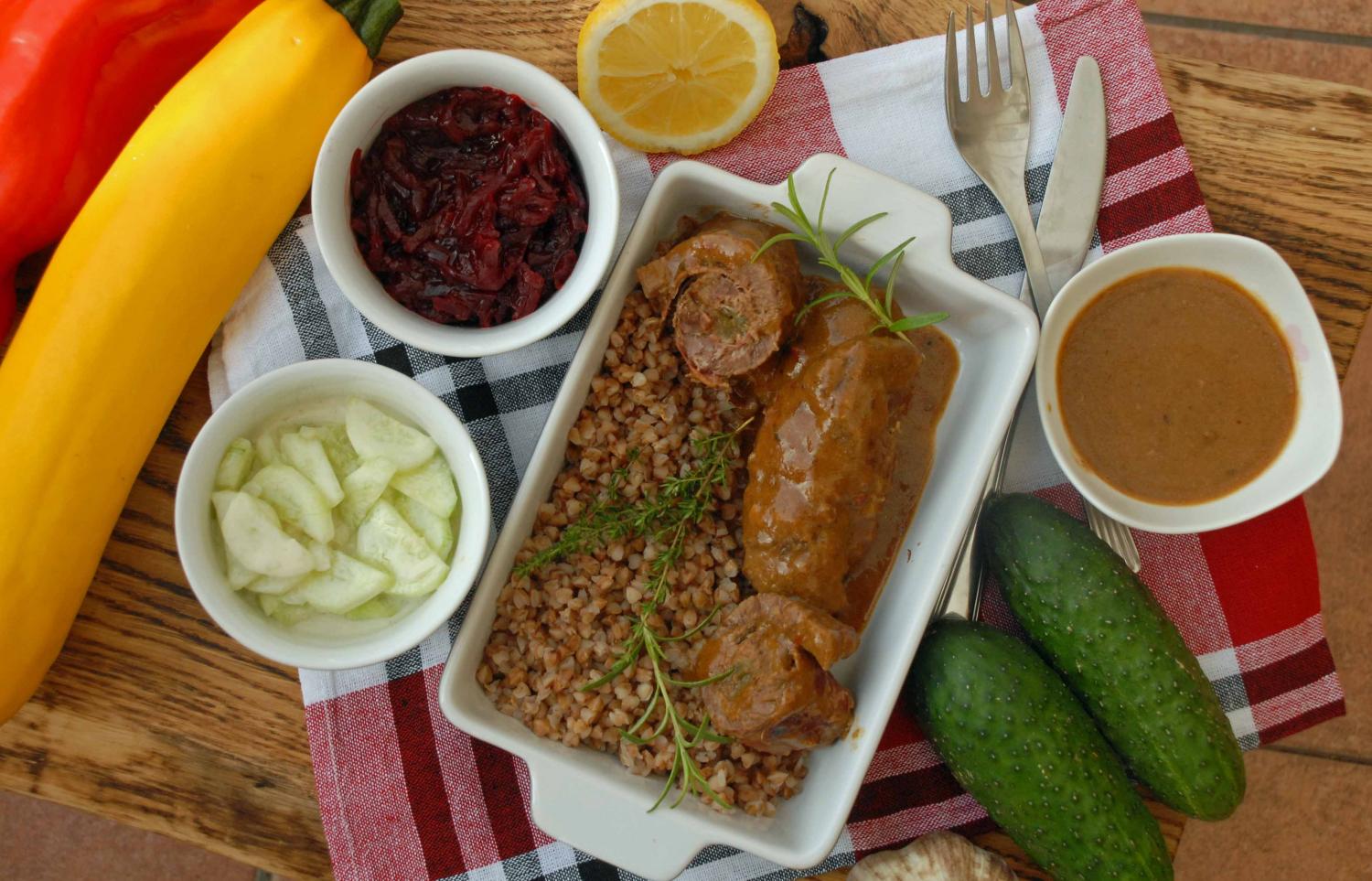 Roulade, aka paupiettes, is stuffing wrapped in meat. Usually it is a big cut of beef, but sometimes I prepare roulades made of turkey. Traditionally the stuffing is bacon, pickled cucumber, onion and sometimes bread crust. The meat is seasoned with mustard, salt and pepper. In Upper Silesia it is often served with cabbage and Silesian potato dumplings. In my home we serve it with beetroot and buckwheat groats. This was the traditional dish I served today to my family. It was delicious!

Break up the slices of meat. Add salt and pepper to taste. Spread the slices with some mustard. Put the bacon slices on each of the beef slices. Arrange the pieces of shallot and gherkins on the bacon. Roll the meat up and hold it with toothpicks or string. Cover the roulades with the flour and fry in oil until the meat is golden.
Chop the garlic, shallots, and chili pepper. Melt the butter in a pan. Add the vegetables and fry for a while. Pour in the wine and boil until it has evaporated. Wash the plum, cut it in half and remove the stone. Add the plum, rosemary, thyme, allspices, juniper berries and bay leaves to the pan. Add the bouillon and boil.
Add the fried roulades to the pan. Boil until the meat is soft (for about 2 hours). Take out the roulades and put them on a plate. Remove all spices and herbs from the sauce. Blend the rest thoroughly. Spice it up with salt, pepper and paprika. Put the roulades into the sauce again. Boil them. Serve hot. 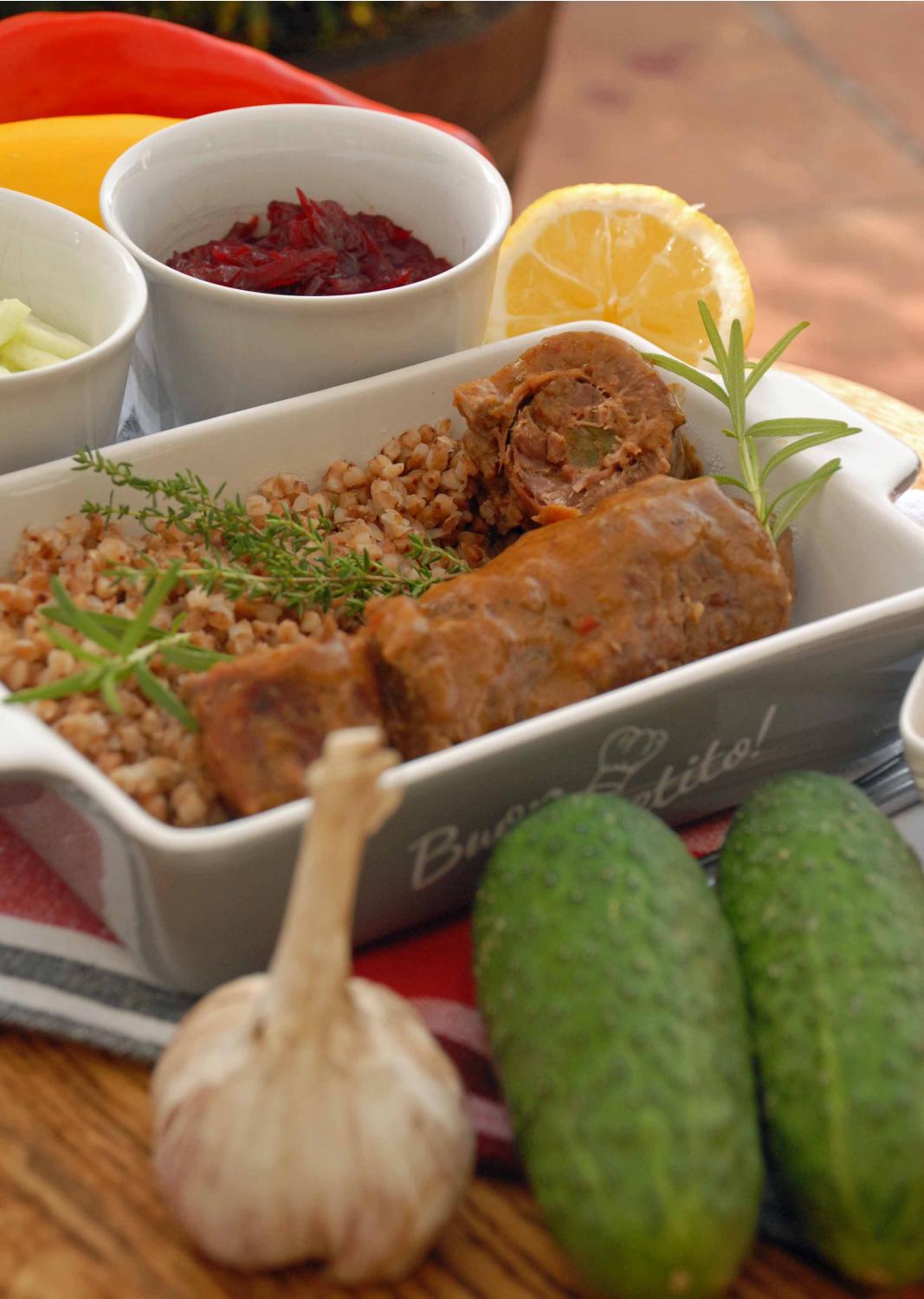